In the following I’ll try to formulate how Salvor Hardin would have dealt with the problem of getting Bashar al-Assad to make peace with Israel.

Since it is Salvor Hardin, the following principles are relevant:

The key is to save Assad’s face and convince the Sunni in Syria that by making peace with Israel, Assad really does them good rather than being a traitor.

The plan would be as follows.

The biggest problem in carrying out the above plan is international public opinion. One way to counter it is to earmark few billion dollars for rebuilding Syria once there is peace, and arrange for those companies (presumably, French ones) which currently have construction contracts in Syria and are in position to get reconstruction contracts (for rebuilding Syria) to pull ropes and arrange for public relations so that there’ll be support for Israel’s actions.

Recently an American Jew asked me the following question, in view of the news concerning recognition of conversions into Judaism carried out in the Israeli army (IDF):

Hey, let me ask you something. My wife told me that Israel is in the middle of redefining who is a Jew, and that Reform/secular/assimilated people like me wouldn’t be considered Jews any more. Is that going to affect the Law of Return?

My reply to him was:

The law of return won’t be affected, but ability to marry in Israel will be affected, because the Chief Rabbinate has legal monopoly over marriages of Jews (corresponding bodies have monopolies over Christians, Moslems and Druze) and the scandal over recognition of conversions into Judaism (the actual subject worrying your wife) is relevant to getting recognized as Jews by the Chief Rabbinate.

People, who cannot marry in Israel, usually fly to Cyprus to get married there, and then their marriage is recognized in Israel.  I have a cousin, who married in Cyprus, just because she was disgusted by the Chief Rabbinate.

The Law of Return explicitly covers non-Jews – if they have Jewish relatives (one Jewish grandparent or a Jewish spouse is enough).

As things look like, few years from now, civil marriages will be possible in Israel, because the group of people, covered by the Law of Return yet cannot marry in Israel, is growing each year (most of them are immigrants from the former Soviet Union and their descendants).

Let it be clear.  I believe that the Left-wing activists, who protest against the Israeli government’s handling of Gaza Strip in general and the flotilla in particular, are stupid, closed-minded, misguided and effectively are fifth column.

However, none of those attributes justify any form of attack on them by Right-wing activists.  Not the smoke grenade, not personal attack on Uri Avneri and his ilk, nothing except for counter-demonstration.

Let’s not deprive ourselves of real strength by threatening or silencing those misguided people!

Those days Turkey is rapidly transforming from an ally and friend of Israel into an enemy, to be almost as dangerous as Iran.

The Turkey-related news of the last few days never fail to remind me of the transformation of Anakin Skywalker in “Star Wars Episode III: Revenge of the Sith” into Darth Vader.

I wonder what will be NATO’s stand if war starts between Turkey and Israel due to Erdoğan’s plans to break through Gaza blockade by personally escorting ships and accompanying them by Turkish navy ships.

Addendum:
I don’t like the incitatory slant of the article, however it provides a possible explanation of the environment which allowed Turkey to make the transformation into an enemy of Israel:  Turkey-vs-Israel. ANOTHER War in the Middle East?

I am not as optimistic as the article’s author about Israeli chances of winning a war against Turkey, because Turkey has been provided over the years with Israeli military technology.  Even today, the relevant contracts haven’t been suspended yet as far as I know.

The only way I see to avoid a Turkish-Israeli war is for the Turkish army to get hold of its wits and overthrow Erdoğan in a military coup, similar to past coups, which happened in Turkey over the years.

Yesterday, Yediot Ahronot publicized in its “7 Days” Friday supplement an article about the sordid past of Richard Goldstone, who condemned Israel for its war law violations during the Cast Lead operation in Gaza Strip.

Assuming the correctness of the facts in his response and in the declaration, which he enclosed with his response, he is not to be faulted for what he did as judge in the Apartheid regime.  If Nelson Mandela and his people did not condemn Richard Goldstone, it says a lot about him.

Of course, Goldstone’s report about IDF’s behavior in Cast Lead operation is not equitable.  However it is because the law, as it is applied in this case, is not equitable. Goldstone should have added to his report also recommendations for changing the relevant international law so that it is equitable also toward democratic governments having to protect their citizens from bloodthirsty terrorists.

Time has passed since the Nov. 2007 council elections (with no publicity to the results of the pilot of computerized elections), and since the Dec. 2008 Taldor fiasco.

And it turns out that in their infinite wisdom, the Israeli government decided to continue to cater to the impatient, “want to know the results right NOW!!!” segment of the electorate in future elections.  Having learned from the experience of other countries, a system based upon near-field RFID tags was chosen for development and deployment.

However, according to http://www.eng.tau.ac.il/%7Eyash/evoting-relay-rfid2010.pdf, the chosen system suffers from serious vulnerabilities.

It seems that the real agenda of the politicians here, like everywhere, is still to get the populace to accept ballot systems, which allow the elections to be rigged.

As a trial, launched by Rachel Corrie’s parents, has been scheduled to start at March 10th, I’d like to remind exactly what big goal did Rachel pursue when she was killed by an IDF bulldozer.

In the photo, you can see a fenced park.  The park had to be fenced in order to ensure that everyone who enters it gets searched for explosives, as a measure against entry of suicide bombers. 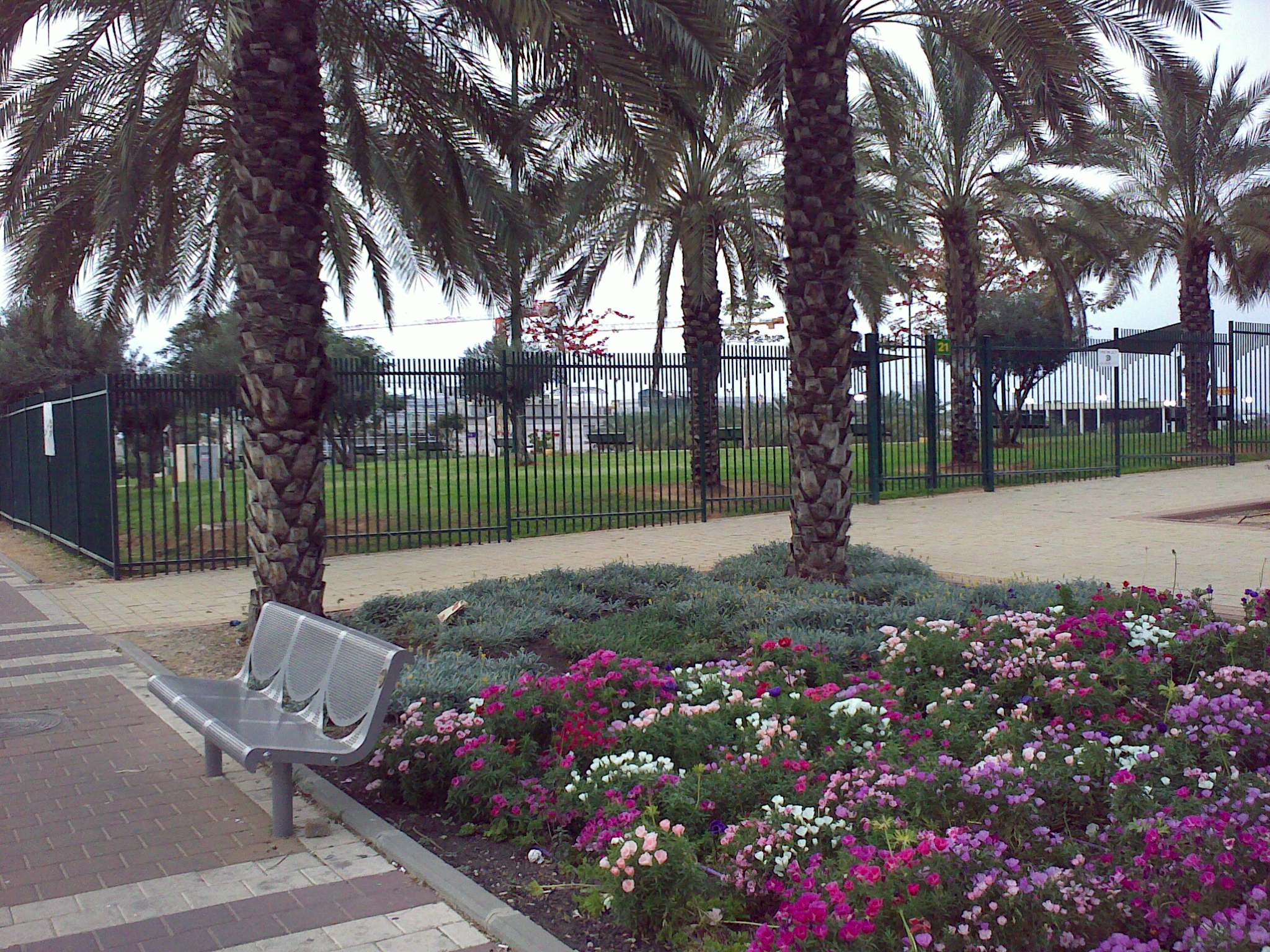 Rachel Corrie gave her life in an attempt to prevent the destruction of homes of Palestinian terrorists in Gaza Strip. As you can see from the photo, one can say that she won the effort to force Israelis to forsake open parks if they want to defend themselves against suicide bombers.

In today’s world, no act of legitimate self-defense or good deed by Israel goes unpunished. The story of the woman from Gaza, who tried to smuggle a bomb in her person when entering Israel for medical treatment, is known. Israel is accused of committing war crimes during the Cast Iron operation, nevermind the years of war crimes committed by the other side – the Palestinians in Gaza especially after the Israeli pull out from the Gaza Strip at 2005.

The most recent twist is the accusations that Israel utilizes the medical aid to Haiti as a pretext to steal organs for transplanting.

The best response to this accusation and others related to Israeli aid to Haiti, which I saw so far, is in  http://www.rantrave.com/Rave/Israeli-Aid-to-Haiti.aspx. The writer challenges the accusers to compete with Israel and overshadow its aid efforts by efforts of their own.

Whenever you feed people, who could not feed themselves, please do not only shed tears on their bad fortunes.  Please do not stop at providing them with a meal.
Please ask them about the circumstances, which prevented them from being self-sufficient.

Then do something to ameliorate those circumstances.  Sometimes you can do a lot for the price of a single meal for a group of people.

I suspect that several responses will go along the following lines.

Some people will turn out to be lazy bums with feeble excuses – they should NOT be fed.

If you have a lot of money to donate, usually the best way to use it to help those non self-supporting people – is to make it easier for them to train for a better paying occupation.